Free games for kids for iPhone, iPad and Android

PUPPIES OUT! The Cutest, Fun and Original Endless Runner Games!

This 3D free Running games for kids, boys, girls and adults features lovely cute pets – named “Buddy Lab” – alongside with some of its adorable puppy friends. They live in a happy, fantasy dog world where running is the key to success! Tough obstacles and challenges await them, but the puppies are ready for it! In this new, top, freeplay and best puppy game every level is an adventure and every mission is a discovery. 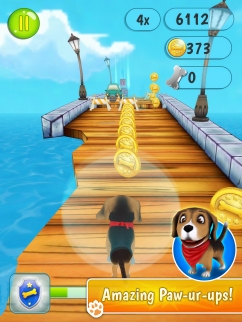 Let the Puppies Out in this pets game and Start Playing and Winning!

Top Games to Try in November 2020 By Gabriel Price